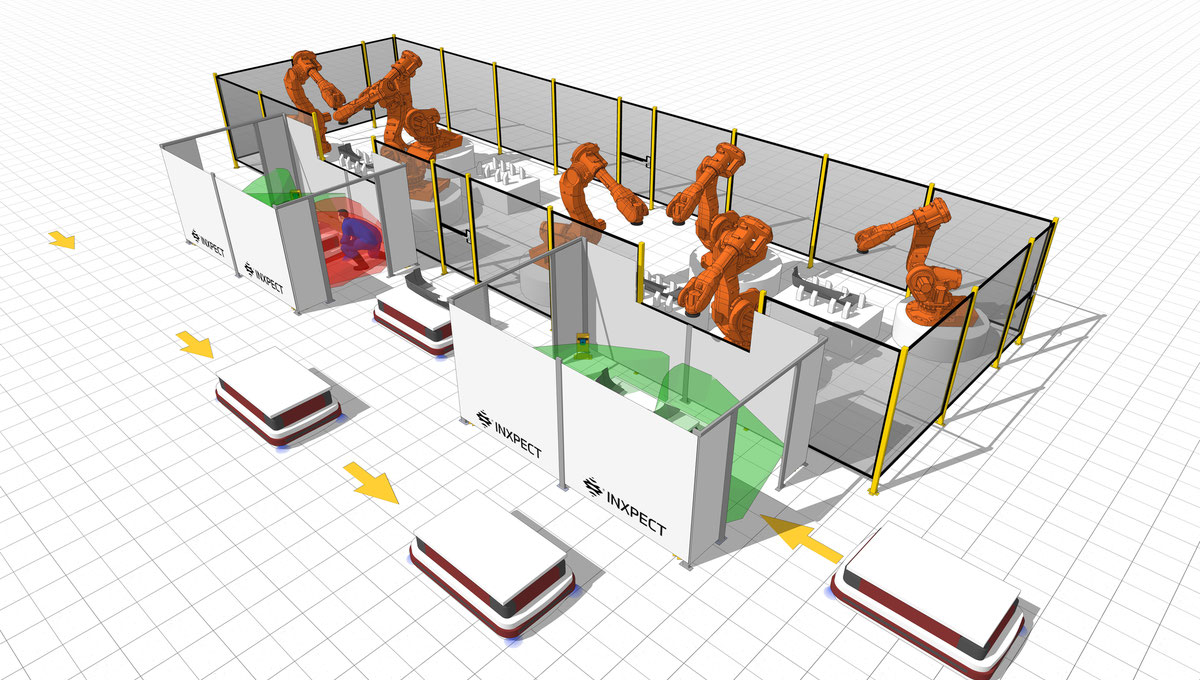 At the end of last year, a new welding line was commissioned at the BMW Group plant in Munich, equipped with Inxpect's new Safety Radar System.

Inxpect sensors use proprietary radar-based technology to safely detect people, directing machinery to operate only when workers are outside their work area. Thus, the safety of the workers is guaranteed.

The Inxpect 200 Series safety radar used by the BMW Group plant in Munich is the first radar sensor in the world to be certified to SIL2/Pld/Cat3. It enables industrial robots to safely perceive the presence of people in their work areas by detecting even the smallest movements caused by breathing. This unique feature of the Inxpect radar sensors helps prevent accidents involving employees. At the same time, the fast response time of the sensors helps to resume full operating speed as soon as the work area is clear. The result is an intelligent production line that operates at full capacity while allowing operators to be present in full safety.

“Meeting the complex requirements for the new welding system of the BMW Group plant Munich was a great challenge that we were happy to accept," explains Luca Salgarelli, CEO of Inxpect. "I and the entire Inxpect team would like to thank the main plant of the BMW Group for adopting our technology: we are honored to be part of such an innovative manufacturing solution.”

Founded in late 2015 by Luca Salgarelli as a spin-off of the R&D activities of TSec Srl and Superpartes SpA, Inxpect SpA is a company that designs and manufactures smart radar sensors. The company has developed the first - and to date the only - radar systems in the world certified for industrial safety applications. Inxpect sensors are able to detect with certified safety the presence of operators in working areas of any machine or industrial robot, significantly increasing both the safety of operators and the productivity of the machines. The system is now proposed to the market by dozens of distributors and specialized integrators around the world, and it is in the product portfolio, as a brand label, of major companies operating in the field of automation and industrial safety. The company currently employs approximately 60 people (including 18 with a PhD), has headquarters, R&D and production in Italy (Brescia and Florence), part of the R&D in Israel (Haifa), two subsidiaries in Spain and Germany, and in 2020 had a turnover of 2.1 million euros.

Previous
Names are changing..Follow us!
Next
Inxpect for a safe Sylva
Back to the News